Gemma lives in Beckenham with her husband and their two cats. Gemma works in the Healthcare sector and commutes daily by bus. Gemma’s commute turned her into a transport campaigner and in the past she had lead campaigns which have secured extra capacity on busy routes. Gemma is the Deputy Chairman of Penge Conservatives.

Outside of politics Gemma is a member of English Heritage and Art Fund, with a keen interest in history and through this enjoys visiting castles and ruins, as well as exhibitions. Gemma is also partial to an Afternoon Tea.

Gemma is passionate about protecting and enhancing the green spaces across Beckenham and Penge. Gemma believes the green and open spaces are one of the many aspects that make the area so special, Gemma wants to enhance this with more wildflowers in the local parks and open spaces.

“Thank you to the members who put their faith in me as a Conservative candidate for Clock House ward, now I will be focused on presenting a positive vision for the area and making the case as to why I should your new ward councillor. I really look forward to the campaign ahead and the exchange of ideas”.

“In addition to getting out and talking to local people about the issues that matter to them I will also work with both resident and community groups to support the great work they do and work to make Clock House and even better place to live. I’ve already shown what I can do as a campaigner, securing extra rush hour capacity on a busy bus route, so now I want to build on that track record so residents can know for sure if they elect me in May 2022 that I’ll be the strong voice they deserve in the Town Hall”. 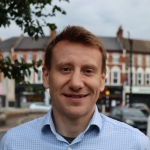 Will studied international relations at the London School of Economics before moving abroad for several years. He was based in St Petersburg, Russia for some time working as a freelance journalist covering issues such as the human rights movement in Putin’s Russia. He later served with the Organisation for Security and Cooperation in Europe (OSCE), first in the counter-human trafficking unit and then the field office in Bishkek, Kyrgyzstan. 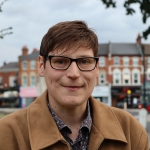 Jack is a Beckenham residents and a Special Educational Needs Teacher. He was selected as one of the three Conservative candidates for Clock House ward in July 2021.

News and updates from your Conservative action team in Clock House ward: Will Joce, Jack Miller and Gemma Turrell.

Conservative Councillors in Beckenham, Michael Tickner and Stephen Wells, have secured the discussion of an important policy document on Beckenham High Street at the Council’s Development Control Committee on Tuesday 2nd November.

Conservative-run Bromley Council have been working with Transport for London (TfL) to turn the 358 bus route into one of London's first fully electric bus routes. The new zero emission model would be powered by a battery onto of the bus, which would be charged at new chargers in Crystal Palace and Orpington.

Bromley Conservatives have selected local campaigners Will Joce, Jack Miller and Gemma Turrell as their candidates for the marginal seat of Clock House ward ahead of the 2022 Bromley Council elections. 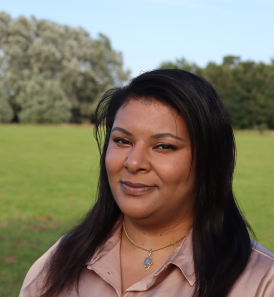